Many would argue that the Constitutional guarantee of free speech as outlined in the 1st. Amendment applies only to government restrictions on free speech and not that of private industry.

Twitter is organizing a “Trust & Safety Council” with Islamists and feminists to “prevent abuse, harassment, and bullying,” which critics point out will lead to mass censorship on Twitter.

The social media giant already characterizes users who disagree with someone’s opinion on Twitter as “engaging in abusive behavior” and allows feminists and radical Islamists in particular to flag users who speak out against them. 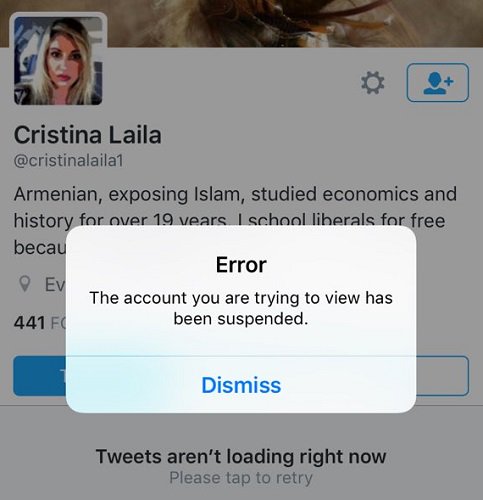 Twitter released a statement on their new “Safety Council” on Tuesday with this little gem:

As we develop products, policies, and programs, our Trust & Safety Council will help us tap into the expertise and input of organizations at the intersection of these issues more efficiently and quickly. In developing the Council, we are taking a global and inclusive approach so that we can hear a diversity of voices from organizations including:

Moreover, the organizations include feminist and other leftist groups, such as Feminist Frequency and GLAAD, and even a Muslim advocacy institute, fueling concerns that the “safety council” will lead to further suppression of anyone speaking out against feminism and radical Islam on Twitter.

“Most of the groups listed are merely collections of people with an axe to grind, and my, how the lefties do love their acronyms,” a commenter at the Free Republic stated. “They also love their oxymorons: ‘outreach’ and ‘shutting down expression’ are a contradiction in terms yet Twitter is determined to conflate them and to enforce that conflation.”

Another critic pointed that “slander, in the Islamic context, is anything said that does not benefit Islam or a Muslim, even if it is the perfect truth.”